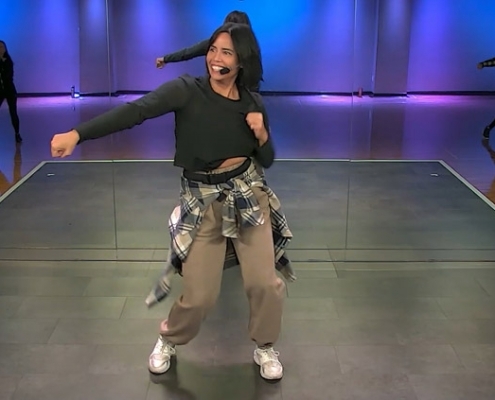 “Today you are You.
That is truer than true.
There is no one alive
that is Youer than You.”
–Dr. Seuss

Raised here in Ft. Lewis, Washington, Jennifer moved to Seattle to study graphic design and has been working as a graphic designer and artist in recent years. Attracted to all things creative, she found her way to some of the hottest hip-hop dance classes in the state, and began studying and performing with Kari-Lee’s In-Effect from 1998-2002.

Jennifer brings unique style to her classes. She quickly moved from teaching Zumba to creating DancePowered in 2014, her signature dance fitness class and has been choreographing her own routines since 2011. Jennifer is known for her creative choreography, mixing dance and music genres and taking dance fitness to the next level with nuance and plenty of challenges for all levels who take.

A little known fact about Jennifer is that nothing makes her happier than kicking back and watching a re-run of Pride & Prejudice (for the umpteenth time).