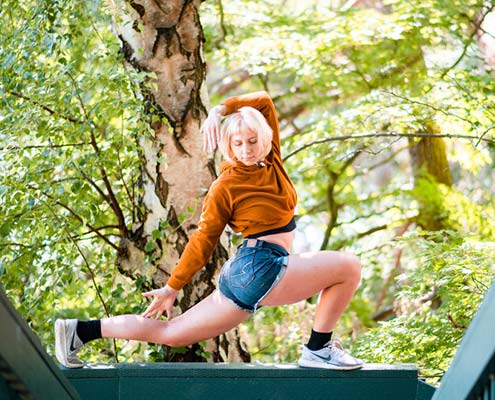 Alexandra Sipe found movement at the University of Idaho, where she studied English and Dance. She quickly got wrapped up in ballet, modern dance, yoga, Gaga, and somatic movement. After studying at the American Dance Festival, she received her 200 hour teaching certificate at Seattle Yoga Arts. She is interested in how different movement languages inform one another, as well as how they affect the practitioner neurologically.

Alexandra’s classes are built around the joy of movement. Classes build a physical architecture via solid alignment before adding in fluidity and artistic freedom. She believes movement like yoga and barre are great to strengthen and lengthen the body, giving the student a more broad range of possibility to express themselves physically not only in class but in day to day life.

Alexandra enjoys putting her English degree to work via creative metaphors and bad dad jokes during class. While not teaching, she works as a freelance dancer and horror novelist in Seattle.