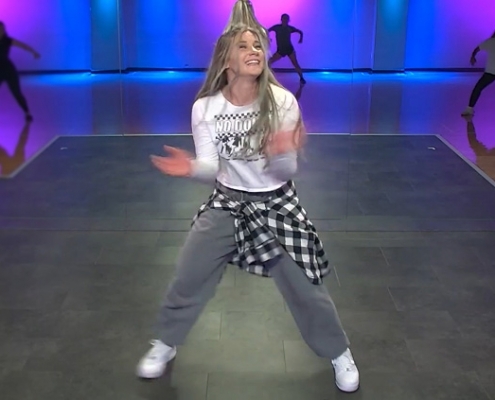 Mackenzie draws from her background of competitive dancing and training in hip hop to bring her signature format Dance Jam.

Mackenzie began dancing competitively on a hip hop team during high school and later trained at Westlake Dance Center in Seattle. When she moved to LA for college and started a hip hop performance group, she fully discovered her love for choreographing routines. She has since morphed her love for hip hop into a love for Zumba®, which she has been certified to teach since 2010.

Mackenzie has taught at a variety of gyms in Utah, Portland, and Seattle. She lives in West Seattle, and when not dancing, she is adventuring outdoors, chasing her toddler around, or working as an investment analyst in downtown.

A little-known fact about Mackenzie is that she studied abroad in Rome.